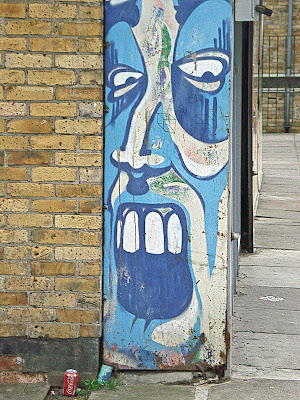 A Sad Canticle is a computer-generated tune I created using Ableton Live with a vocoder filter that gives a no-language/all-languages or Esperanto effect. Its punning title is deliberate, alluding to the horrors being perpetrated in Syria. Readers new to this blog might form the impression that I'm only interested in politics, but nothing could be further from the truth.

In particular I've been passionately interested in music for most of my life. I started listened to, then playing, black American music - blues, R&B and soul - in the early 1960s, progressed to jazz, particularly bop, post-bop and '60s free jazz, which lead me onto modern composers like Debussy, Stravinsky and Bartok . From there I explored backwards in time to absorb the classics from Bach, Mozart, Beethoven and Schubert to Wagner and Richard Strauss. I've spent many, many nights at the opera and concert hall and am a regular patron of the Wigmore. My tastes in popular music are highly eclectic and highly selective, stretching from rock, bluegrass and country to reggae, as a glance at my Spotify playlists will confirm.

I haven't bought many records or seen live performances of popular music for decades - I was once keen on new wave bands like Talking Heads and Pere Ubu, as well as dub reggae, but as for many people of my generation the era of hip-hop and dance music became a big turn-off: too old for raves and clubbing but the music not sufficiently interesting for me to just listen. However the last few years have seen a change in my attitude. Though popular music is now fragmented as never before and the extraordinary animus between fans of the myriad different genres is pretty off-putting, I recently find myself attracted to a lot of the experimental music being produced - it feels as though, bored with the blandness of commercial pop, young musicians are rediscovering for themselves the fascination with pure sound that was there in free jazz and other '60s modernisms. The technology of music production has also advanced enormously, so that they can now create on a laptop computer extraordinary sounds that once were the exclusive domain of the avant-gardists of Paris's IRCAM. Some of the sounds coming out of the dubstep scene and its million descendents, or from musicians like Beck, Jack White and Saint Vincent, are really very exciting indeed, recalling the spirit of Coltrane, Mingus, Coleman, Shepp and Albert Ayler.

As a keen practitioner of obscure computer programming languages I've also, since the early 1990s, been interested in computer composition (more about my efforts in algorithmic composition on my website here) it was pretty well inevitable then that I'd eventually buy myself a copy of Ableton Live (the tool of choice for much dance music) and start to produce electronic music of my own. I'm all too acutely aware of the potential for ridicule in the spectacle of old codgers getting "down wiv da kidz", and so I deliberately steer clear of attempting house, techno, dubstep and other beats-oriented genres. In any case I'm not really interested in getting people to dance as there's a surfeit of people doing that already.

I'm more interested in playing with sound and rhythm for their own sakes and to disturb various musical conventions. I've recently been experimenting with synthesised nonsense vocals that nevertheless, because they so resemble real human voices, have an emotional effect that's devoid of overt meaning: I suppose if a label is needed it would have to be "expressionist", because I constantly find myself creating tunes that remind me of my outrage at certain current political events. This music is rather a long way from easy-listening, but I do hope that people might at least be upset by it. (I have to warn that if you don't like either modernist music or free jazz, you're unlikely to enjoy this at all). I post my most successful compositions on the popular SoundCloud website, which is mostly frequented by young dance music composers, and here's a widget through which you can hear some of my pieces: