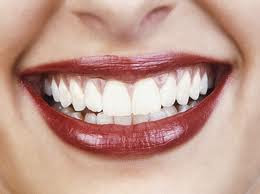 Compulsory optimism is an important feature of many social systems: in the Catholic church it's the "Hope" in Faith, Hope and Charity; in the army it's called "morale"; in the nation-state it's called patriotism. Its opposites are not mere intellectual pessimism but "despair" (a Deadly Sin), "defeatism" (a shooting offence under both Hitler and Stalin) and in more recent times "negativity". All of these formulations serve the same purpose, which is to quench criticism of the status quo. Until fairly recently however it hasn't been too prominent a feature of liberal democracies, precisely because a democracy must always remain open to critics. To be sure conservatives will often deploy terms like "moaning minny" as a straw-man when combating leftwing critics, but it's always remained a rhetorical device without any material sanction attached. That's why I was so fascinated by an excellent Short Cuts column in a recent London Review of Books (Vol. 35 No. 1, 3 January 2013) in which senior editor Paul Myerscough dissects the peculiar and disturbing case of the Pret A Manger sacking.

In brief, Andrej Stopa, a Czech student, was fired from the St Pancras branch of the fast-food chain Pret A Manger (in London's York Way) last September, ostensibly on the grounds of homophobic comments he's alleged to have made almost a year earlier to a work colleague. The fact that Stopa had been active, two weeks before his sacking, in setting up the independent Pret A Manger Staff Union (Pamsu) appears to be merely coincidental. Myerscough goes on to describe the work ethos at Pret A Manger, which has a distinctly New Age tinge to it:


Pret will have been disappointed to discover that any of its staff were unhappy enough in their work to have want of a union. Pret workers aren’t supposed to be unhappy. They are recruited precisely for their ‘personality’, in the sense that a talent show host might use the word. Job candidates must show that they have a natural flair for the ‘Pret Behaviours’ (these are listed on the website too). Among the 17 things they ‘Don’t Want to See’ is that someone is ‘moody or bad-tempered’, ‘annoys people’, ‘overcomplicates ideas’ or ‘is just here for the money’. The sorts of thing they ‘Do Want to See’ are that you can ‘work at pace’, ‘create a sense of fun’ and are ‘genuinely friendly’. The ‘Pret Perfect’ worker, a fully evolved species, ‘never gives up’, ‘goes out of their way to be helpful’ and ‘has presence’. After a day’s trial, your fellow workers vote on how well you fit the profile; if your performance lacks sparkle, you’re sent home with a few quid.

I was rather taken aback by such a blatant outbreak of compulsory optimism and so I dashed straight off to Pret's website to make sure Myerscough wasn't exaggerating. I drew a blank because, although the page "The Pret Behaviours" is still listed on the navigation menu, the page appears to have been removed (one wonders whether as a result of Myerscough's article). Further along in Myerscough's piece he explains the most unusual bonus system the company employs:


To guard against the possibility of Pret workers allowing themselves to behave even for a moment as if they were ‘just here for the money’, the company maintains a panoptical regime of surveillance and assessment. Not only do workers watch each other, chivvying, cajoling, competing, high-fiving; they are also watched. Mystery shoppers visit every branch of Pret A Manger every week. If their reports are positive – more than 80 per cent of them are – the entire staff gets a bonus that week. Workers cited for ‘going the extra mile’ get a further £50 in cash, which they have to distribute among their colleagues. But if the mystery shopper happens to be served by someone momentarily off their game, who may be named and shamed in the report, no one gets rewarded. The bonus is significant, £1 per hour for the week’s work, upping the starting salary of £6.25 (just higher than the UK minimum wage of £6.19) by 16 per cent.

Now I've recently finished reading Daniel Kahneman's seminal work on economic psychology, "Thinking, Fast and Slow", and that trick of getting the bonus receivers to distribute their £50 among their colleagues sounds exactly like the sort of games that Kahneman devises in his lab when probing the human perception of fairness. Indeed Pret's personnel policy is impeccably modern in making maximum use of that most emetic of modern concepts, "emotional intelligence". 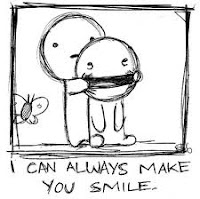 It's the very model of David Cameron's socially-responsible capitalist company. Not only is it solicitous of the feelings of its customers, who must not be annoyed by moody or bad-tempered staff, but it demands that staff be happy themselves, which is best achieved by neither worrying about money nor dwelling on any "over-complicated" ideas (presumably ones like Keynesian economics or god forbid, Marxism).

This phenomenon, which is by no means confined to Pret A Manger, poses an interesting paradox for moaning minny social critics like me, because concern for the welfare of employees looks very like the sort of policy that the Left has always supported, and in many of its aspects it seems to be adhering to the strictures of Political Correctness (PC for short) which is usually supposed to be an agenda of the Left. Another odd symptom is that pseudo-PC attitudes have been professed from the political Right during several recent scandals, from the rape charges against Julian Assange and Dominique Strauss-Kahn to the recent call by a government minister, Lynne Featherstone, for the Observer to sack Julie Burchill for offending transsexuals.

Now analysing the origins and nature of the PC attitude has fascinated me for many years. When David Robins and I were writing Cool Rules: Anatomy of an Attitude we were quite certain that PC and Cool shared some common origin, but were not able quite to analyse how they diverged into almost completely opposite attitudes. We had linked Cool firmly to consumption - it wholly aestheticises life by elevating taste and the possession of Cool artefacts into a supreme virtue. (A paradigm case is of course the recent history of the late Steve Jobs' Apple Corp and its shiny products, whose ascent to glory came just too late for our book). What if Political Correctness is merely the same psychic process but applied to production rather than consumption, the aestheticisation of the workplace by removing from it all the grit and friction (ie. class struggle)? The connecting concept between PC and Cool is perhaps Authenticity, the highest virtue of both. Paul Myerscough points up this connection in his article:


‘The authenticity of being happy is important,’ a Pret manager tells the Telegraph, ‘customers pick up on that.’ It isn’t clear which is the more demanding, authenticity or performance, being it or faking it, but in either case it’s difficult to believe that there isn’t something demoralising, for Pret workers perhaps more than most in the high street, not only in having their energies siphoned off by customers, but also in having to sustain the tension between the performance of relentless enthusiasm at work and the experience of straitened material circumstances outside it. 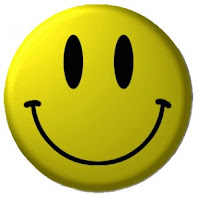 In other words, back in the bad old days workers could moan, gripe and fake it at work while reserving all their authenticity for life outside the workplace. Now service employers are demanding some of that authenticity for their own time, extracting a kind of value that's crucial for any service-oriented company, namely authentic (and hence believable) niceness toward the paying customers. In a service industry negativity actually reduces productivity and so it can be seen as a form of Thorstein Veblen's "sabotage", as I discussed in a recent post on this blog.

It's hardly surprising if compulsory optimism increasingly creeps out of the workplace and into everday life: I find myself encountering more and more people who wear its fixed manic smile, and become visibly uncomfortable with any negative or critical conversation. Depression has become the industrial disease of later consumer capitalism - affecting 8-12% of the population in any recent year according to The Office for National Statistics - and I think it's at least plausible that compulsory optimism may become also a personal tactic for holding it at bay. The way things are going it feels as though complaining might soon become a recklessly anti-social activity: after The Diggers and The Levellers, perhaps The Grumblers?