Do I have your full attention? Chances are that I do until around the end of this sentence, but after that I might lose it pretty fast. My previous post here was about the physiological basis of emotion, and a natural follow up to that is to discuss “attention”, the way that emotional triggers guide our senses  toward opportunities and threats in the outside world. Attention is a function we share with most of the higher vertebrates, basically all those animals that can look you in the eye (something equivalent perhaps exists even in sessile creatures like corals, but on hugely longer time scales). At its root attention is a negative phenomenon, where the animal brain censors or filters out much of the information that pours in through eyes, ears and nose to permit concentration on just those important things that an animal might want to eat, or mate with, or which might want to eat them. To see attention at work watch a cat stalk a mouse, a sheepdog crouching in the field, or look an eagle in the eye (that’s pure attention).

We humans tend to experience attention subjectively as something positive, a searchlight beam of intelligence that we project out onto the world and shine on its most interesting parts. Communication between humans is almost impossible without attention: if I don’t have your attention then I’m not really talking to you at all, I’m merely talking at you. In a quite deep sense your attention is who you are, a beacon that transmits your desires out onto the world and other people, which is why advertisers, performers and demagogues fight so hard to capture it. It can be stolen too: a most odious aspect of the latest communication technologies is the way they can monopolise attention to the detriment of face-to-face interaction. Who hasn’t had the experience of talking to someone who is more-or-less surreptitiously glancing at their smartphone? (The very latest development, Google Glass, enables people to apparently interact with you while simultaneously giving their attention to a website or some remote communicant. I find it rather encouraging that already within weeks of its release some bars in California have started to ban the use of Glass, and have coined the excellent insult “glassholes” for people who persist…)

The only satisfactory philosophical account of attention I know is that given by George Santayana, most rigorously developed in Scepticism and Animal Faith, a difficult and densely compressed work in which he laid out the foundations of his mature philosophical system. There he starts out from what philosophers call a “solipsism of the present moment”, where all one is allowed to know is that I am, here, now. There's a more readable account in Santayana's 1933 essay Locke and The Frontiers of Common Sense:

"Animals that are sensitive physically are also sensitive morally, and feel the friendliness or hostility which surrounds them. Even pain and pleasure are no idle sensations, satisfied with their own presence: they violently summon attention to the objects that are their source. Can love or hate be felt without being felt towards something – something near and potent, yet external, uncontrolled, and mysterious? When I dodge a missile or pick a berry, is it likely that my mind should stop to dwell on its pure sensations or ideas without recognising or pursuing something material? [...] But when aroused to self-transcendent attention, feeling must needs rise to intelligence, so that external fact and impartial truth come within the range of consciousness, not indeed by being contained there, but by being aimed at."


He goes on to assert that any sentient and mobile creature must evolve attention, because the world is too full and exposure to all of its sense data must swamp any consciousness. Animal faith, crudely-speaking, means a set of default assumptions about the nature of the world that are hard-wired by evolution – basic stuff like, things fall downwards when you drop them, things remain where they are even when you don’t look at them, some things are dead while others are live agents, etc etc etc. Such assumptions aren’t philosophical axioms, don’t need to be defended by reason, and are by no means correct in every circumstance. They permit the brain to filter out most transient phenomena and focus its spotlight of attention onto the significant, a skipping of focus that accumulates the trail of snapshots which we call memory. The “beliefs” that comprise any particular animal faith will vary between species according to the niches in which they evolved, and by definition evolution ensures that they correspond well-enough (though never perfectly) to those creatures’ actual material environment.

Santayana’s concept of animal faith overlaps in some respects with Kant’s “categories”, and likewise finds ample support in the latest findings of neuroscience. Philosophically it was the ladder he employed to climb above the endless and fruitless debates between epistemological idealists and realists.

It seems to me that a good theory of attention is absolutely central to any materialist theory of aesthetics. In addition to writing columns and blogs I like to take photographs (the best of which I post on Flickr). It’s tempting to think of a camera as an extension of your attention, or at least as a tool for freezing the object your attention for all time. There may be a grain of truth in this, but the brute fact remains that the camera itself doesn’t possess attention, not being a sentient animal. Admittedly the latest digital cameras incorporate ever-smarter features like autofocus, face and even expression recognition, but they come nowhere close to the attention even of a newly-hatched sparrow. 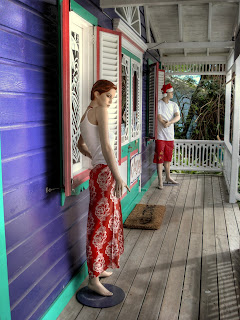 It’s not a bad thing that the camera lacks attention: that means it grabs everything, even those things that weren’t in your attention when you took the shot. Great photographers like Brassai or Cartier-Bresson make these peripheral goings-on in a street scene half of their art. Every good photographer injects a certain amount of attention into their pictures, for example by controlling depth of field to blur out a background, or by shifting the focus point off centre. And of course, in the era of Photoshop and Picasa you can scream for viewers’ attention by colouring a single object within a black-and-white image, as Spielberg did that red coat girl in Schindler’s list. Such powerful but pulpy tricks sink really fast into tackiness though. I went through a phase of playing with High Dynamic Range (HDR) photography in which all the detail from three or four differently-exposed shots of the same scene are compressed down into a single image. The result is hyper-realistic, containing levels of detail that exceed what the human eye could ever capture for itself. Used with restraint this trick can sometimes induce a goose-pimply feeling that something strange is about to happen, but iron self-control is required to avoid it degenerating into over-the-top Hot Rod art (and of course advertisers now routinely employ it to enhance their wonderlands of conspicuous consumption).

Part of my reason for writing about attention just now is an excellent London Review of Books lecture by Nicholas Spice called Is Wagner bad for us? I won’t spoil things by revealing his answer, but will just concentrate on Spice’s critical approach which is based on Wagner’s acute ability to manipulate attention. As an interesting exercise he asks us to compare the first minute of Bizet’s Carmen, Verdi’s Falstaff, Strauss’s Der Rosenkavalier and Berg’s Wozzeck with the first minutes of each opera of the Ring cycle. (Thanks to the genius of Spotify this is an experiment I could carry out even while still reading the article). Spice argues that these other composers all more or less fail to learn from Wagner’s real innovation, because their first minutes are stuffed full of multiple themes and layers of counterpoint, creating a complexity that even a professional musician can’t absorb in a live hearing:

“There’s so much going on and in such a small space that although all of the music registers somewhere in our brains, we would be hard pressed, if asked a moment later, to describe more than a few of its salient features”.

By contrast Wagner’s openings all employ simple harmonic structures that slowly build and lead you into the drama:

“Wagner builds his music over the longer timespan through a gradual accumulation of discretely presented elements. The power and excitement of the orchestral prelude to Die Walküre, for example, is intrinsically dependent on the extreme simplicity of its ingredients [...] The simplicity of the musical components allows us to feel that we are at the controls of this infernal machine, its drive our drive – and this is the authentic Wagnerian experience.”

In other words, rather than assault our attention with a barrage of contrasting materials, Wagner gives us the illusion that it’s our own attention that’s steering the music, seducing us into a degree of empathy that can notoriously turn into out-and-out addiction.

At a far-removed edge of the cultural spectrum, modern forms of electronic dance music employ beats to a similar end (techniques that you can historically trace back to the influence of African drum musics). Extended regular rhythms can capture the attention completely, in a state similar to a trance where one’s surroundings recede into irrelevance. Note the way that dance music producers are extremely scrupulous about the precise tempo (measure in beats per minute) of their tracks, and in fact bpm is one of the main criteria used to differentiate between the bewildering number of sub-genres: Wikipedia lists over 200 of them. It’s perfectly possible that different tempos induce different resonances with heart rate or brain-wave rhythms that contribute to the pleasure of dancing. Keeping the same tempo though, however compelling, for too long is to risk boredom and so the principal skill of a good DJ is knowing exactly when to interrupt or change it.

This principle is pushed further still in the bizarre genre of dubstep, to which I’ve found myself strangely attracted recently (even though it’s wholly inappropriate to my status as an OAP). Dubstep tracks typically employ a tempo around 140bpm, but then brutally disrupt this by a device known as “the drop”, whereby the tempo suddenly slows while becoming terrifyingly loud and combined with grotesque and humorous sound-effects that draw deeply on the emotional vocabulary of bad horror movies. Your attention is grabbed in more or less the same way as when you notice a runaway cement truck approaching. Wagner used techniques that were structurally (though certainly not harmonically!) similar, for example in the prelude to Die Walküre (around 2:15). As Spice says, Wagner wanted a listener to abandon himself unresistingly to the work so that he “involuntarily assimilates even what is most alien to his nature”.

Attention can be profoundly modified by the emotions, as for example when the release of adrenaline by a fright notoriously amplifies all your senses and causes your attention to become strongly focussed. Stimulant drugs operate by mimicking the effects of such stress-released hormones, and in this sense music is a sort of drug too (and a strong one at that) operating through its effects on attention. Drugs, art, music, sport, the internet, even religion, all are competing for and capturing your attention. Do take care lest you grant it too freely.
at April 05, 2013