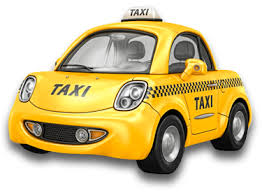 The outcry over the revoking of Uber's London licence shows that the service it provides is popular, and it's unquestionably a significant, innovative use of new technology to improve transport. On the other hand the outcry from drivers about lack of benefits and job security show that the application of technology is being used (not uncommonly) both to increase exploitation of the labour force and to flout legal regulation designed to protect labour and customers. The outcry of Black Cab drivers against Uber ignores the fact that people flocked to Uber not merely for convenience (though that is considerable) but because Black Cabs had priced themselves out of the market with the last big price hike.

Put all this together and it's clear that all the parties need to get together and find a workable solution, which is highly unlikely to happen because of the vastly different political atmospheres between UK and USA, and a general lack of adult leadership on both sides. I can imagine a system where Uber's technology is used, within a revised legal framework that brings in Black Cab drivers too. Uber would have to give up predatory pricing and recognise its employership, while Black Cab drivers would have to slacken their monopoly. And pigs would have to mount flying unicorns.

Amazon, Google, Facebook, Uber and the rest have built a worldwide, highly effective infrastructure of the sort that socialists (especially Stafford Beer) used to dream about - but unsurprisingly, as private enterprises, they use it to generate mega-profits for their owners and to erode working conditions and pay for their workers. The challenge for social democrats - which few are thinking straight (or even talking) about - is to devise new reforms that will make this infrastructure work better for the public interest, without destroying it or crushing its ability to keep innovating.

Tax avoidance by the big tech companies is certainly a major issue, and getting them to pay anything at all would be a step forward, but punitive taxation is not a solution either. Similarly with ownership, old-style nationalisation is unimaginable, unaffordable and might in any case stifle innovation. As for regulation, we need to grasp in precisely what ways the new connectivity renders many older forms of regulation ineffective, and modify them to the new reality. In fact we need to rethink a whole complex of now-inseparable issues - benefits, universal basic income, employment rights, taxation, public v private provision.

Not convinced? Then remember for a moment all those billions of pounds from the public purse that have been wasted over the last 50 years on failed NHS and other public IT projects. Now try to imagine how technology like Amazon/Google/Facebook's would help the NHS with appointments, record keeping and sharing, even diagnosis...

No parties that I'm aware of on either side of the Atlantic are thinking seriously about these matters in sufficient depth and urgency. In the USA the sheer incompetence of the Democratic Party has put the Republicans in a position not only to erase what remains of New Deal social democracy, but also to salt the earth against any possibility of its regrowth. In the UK social democracy has fallen down the crack that runs down the middle of the Labour Party, between a Right that remains wedded to neoliberalism, and a Left often hobbled by nostalgia (not always conscious) for state socialism. Not until Jeremy Corbyn starts calling himself a social democrat rather than a socialist, can you be sure that the party has remembered the difference.
at September 23, 2017