Hemmed in by Language 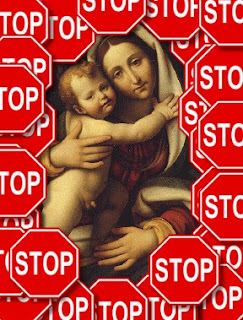 Charles Rosen is one of a handful of living writers whose work I always look forward to reading, which for me mostly means articles on music that he writes for the New York review of Books. Rosen is a first-class pianist who had a professional career on the concert platform (his recording of the Goldberg variations is one of my favourite interpretations). He writes marvellous articles on the appreciation of composers like Chopin, Ravel and Liszt: since the arrival of Spotify I may sometimes spend a whole evening reading one of these pieces while concurrently listening to each of the performances he mentions (I hope music schools have discovered what a great resource Spotify is).

Rosen also has broader interests beyond music, and occasionally writes about philosophical matters and art theory, with a special interest in Romanticism. For example in the latest NYRB (May 10th 2012) he has a piece called "Freedom and Art" in which he typically digs far deeper than the guff one normally reads on this subject (Dada against the bourgeoisie, Constructivism for the revolution, Abstract Expressionism as Cold War weapon, Pop against elitism etc etc ad naus). In this article Rosen starts by discussing the constraints on freedom posed by fixed meanings and having to learn language, and comes out with this extraordinary sentence:

"Of all the constraints imposed on us that restrict our freedom—constraints of morality and decorum, constraints of class and finance—one of the earliest that is forced upon us is the constraint of a language that we are forced to learn so that others can talk to us and tell us things we do not wish to know."

It struck me that in this single sentence he summarises, in an arresting and comprehensible way, everything post-modern theorists have been banging on about in such deliberately exclusive jargon for the last 40 years.

PS As a postscript to this thought, my partner Marion's grandmother often professed a belief that monkeys could actually talk, but they didn't because they knew that if we found out we would make them work...
at May 08, 2012